I am a Professor in the Department of Computer Science and Engineering at the University of Minnesota where I direct a research program in data visualization, interactive computer graphics, and spatial user interfaces that we call the Interactive Visualization Lab (IV/LAB).

My research explores a broad range of topics in the areas of visualization, computer graphics, and human-computer interaction. I am interested in questions, such as: (1) How can computer graphics most effectively leverage the power of the human visual system to facilitate understanding large multidimensional datasets? (2) To what extent can visualizations exploit emerging interface technologies to improve users’ abilities to design complex 3D structures and reason about data? Current projects within my group center on: augmented reality visualization and data physicalization, data storytelling, community-engaged co-design ensemble visualization for climate science, and basic research in 3D user interfaces, haptics, and pen and multi-touch input techniques. My group regularly teams with scientists, engineers, artists, designers, and local communities to apply the computer science techniques we develop to interdisciplinary problems. Our research has been supported by the National Science Foundation, the National Institutes of Health, the National Academies Keck Futures Initiative, industry, and the Digital Technology Center, Digital Design Center, Provost's Office, and Office of the Vice President for Research at the University of Minnesota. ​

Dan Keefe is a Distinguished University Teaching Professor and Professor of Computer Science and Engineering at the University of Minnesota. His research centers on scientific data visualization and interactive computer graphics. Keefe’s research awards include the National Science Foundation CAREER Award, the UMN Guillermo E. Borja Award for research and scholarly accomplishments, the 3M Non-tenured Faculty Award, and multiple best paper and similar awards at top international conferences, such as IEEE VIS and ACM Interactive 3D Graphics. His teaching and mentoring have been recognized by the UMN Morse-Alumni Award for Outstanding Contributions to Undergraduate Education. Keefe's research program has been supported with funding from the National Science Foundation, the National Institutes of Health, the National Academies Keck Futures Initiative, industry, and the UMN Provost's Grand Challenges program. In addition to his work in computer science, Keefe is also an accomplished artist and has published and exhibited work in top international venues for digital art. Before joining the University of Minnesota, Keefe did post-doctoral work at Brown University jointly with the departments of Computer Science and Ecology and Evolutionary Biology and with the Rhode Island School of Design. He received the Ph.D. in 2007 from Brown University’s Department of Computer Science and the B.S. in Computer Engineering summa cum laude from Tufts University in 1999. 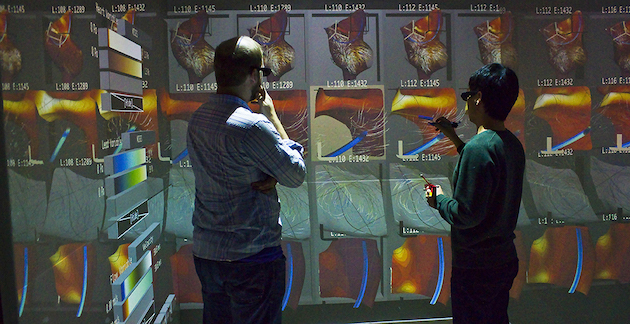